Chances are you landed here looking for practical, real-life advice to get you on track toward living a more positive and fulfilling life. Well, good news. Here are eight ways to do it, with most of them solidly grounded in research.

1. They spend time with someone that they can learn from.

The best conversations in life are initiated by learning about what other people do, how they do it, and why they do it. In turn, the happiest people show up with the humble gesture of “I want to learn from you” and invite that person to coffee to soak up their wisdom. They know it will make them better for it, and the other person appreciate the gesture and pay it forward. Now, to really take it to another level, seek out someone younger and less experienced who brings real value to your work or life in an area unfamiliar to you, and learn from that person. We call that a “reverse mentor.”

Perhaps you’re a perfectionist that has a hard time letting go of mistakes, or you have a constant drive to avoid mistakes. If so, practicing forgiveness may be your best solution. Forgiveness allows for you to look at your mistakes as a part of life which can provide awesome learning experiences and help you grow as a result. Research shows that forgiveness can help you let go and move on from upsetting situations more easily so you can enjoy life to the full. It literally lightens you up.

3. They are curious about other people.

Several studies suggest that curious people have better relationships, connect better, and enjoy socializing more. In fact, other people are more easily attracted and feel socially closer to individuals that display curiosity. George Mason University psychologist Todd Kashdan, author of Curious?, states in Greater Good that “being interested is more important in cultivating a relationship and maintaining a relationship than being interesting; that’s what gets the dialogue going. It’s the secret juice of relationships.”

Who knew a simple “Thank you” could actually lead to better health? Yep, several research studies indicate that a deep sense of gratitude can increase happiness levels by up to 25 percent, and help reduce anxiety and depression. The evidence also shows that grateful people are more resilient and sleep better. To get started with cultivating gratitude, try this two-minute written exercise in the morning.

5. They take more frequent breaks during the work day.

If you haven’t heard, the workplace trend of taking short, frequent breaks is on the rise. And for good reason. A 2016 study published in the International Journal of Behavioral Nutrition and Physical Activity showed that hourly five-minute walking breaks boosted energy levels, sharpened focus, and “improved mood throughout the day and reduced feelings of fatigue in the late afternoon.” For best results, researchers advise spending break time with others, because “social breaks” have been found to “minimize physical strain and even reduce staff turnover.”

Richard Branson, the billionaire founder of Virgin Group says that getting caught up in doing what you think will make you happy is the sure path to failure because happiness is not about doing, it’s about being. Branson advises people to write a “to-be list” instead of a conventional “to-do” list. He writes, “The world expects grandiose aspirations: ‘I want to be a writer, a doctor, the prime minister.’ But that’s all about doing, not being — and while doing will bring you moments of joy, it won’t necessarily reward you with lasting happiness. Stop and breathe. Be healthy. Be around your friends and family. Be there for someone, and let someone be there for you. Be bold. Just be for a minute.”

7. They are naturally optimistic.

Happy people tend to be positive thinkers who don’t get caught up in things they can’t control, like obsessing over political diatribes or the latest tragedy reported in the news. They put their energy and effort on the things within their power — the things that matter most in life, like their relationships. Because they’re naturally optimistic, studies have shown that they are physically and psychologically healthier than pessimists; they also perform better at work.

We grew up hearing that “it’s better to give than to receive.” While that bit of truth may be rooted in religion, skeptics will note that it’s also solidly grounded in science. In one study of more than 600 Americans, as reported by Greater Good Magazine, “happiness was predicted by the amount of money they gave away: The more they invested in others, the happier they were.” Greater Good also mentions a survey conducted by the Gallup World Poll between 2006 and 2008 that found that in 120 out of 136 countries, people who donated to charity in the previous month reported greater satisfaction with life. 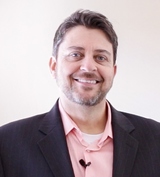 As founder of Leadership from the Core, Marcel Schwantes is a leading expert in helping companies develop exceptional servant leadership cultures where employees thrive and businesses flourish. He is an entrepreneur, executive coach, keynote speaker and syndicated columnist. Follow him on LinkedIn and Twitter.

The Thrive Global Community welcomes voices from many spheres. We publish pieces written by outside contributors with a wide range of opinions, which don’t necessarily reflect our own. Learn more or join us as a community member!

What Are Your Thoughts? Cancel reply

Learn How To Dominate Your Dreams, Make Money Quick and Easy!

News and information for property managers on all things tenant engagement